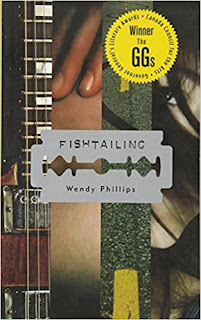 You may know me by my first novel, Fishtailing, which won the Governor General's award in 2010.  It's a novel in verse for young adult readers, from the points of view of four students in a high school on the West Coast.

Trisha is searching for her identity in a mixed-race family; Kyle is torn between a life of music performance and the certainty of a mechanic's trade; Miguel and Natalie suffer from trauma -- Miguel has survived a civil war that has killed his parents and left him with fragements of family; Natalie is a survivor of neglect and sexual abuse who seeks to inflict her suffering on all those around her.  On the fringes are Ms Nishi, a well-meaning counsellor, and Mrs. Farr, a remote English teacher who assigns several of the poems that reveal the chaos of the young people's inner lives.  They fishtail out of control when a party brings the crises to a breaking point.

The book has won some significant awards, including the GG literary award for Children's Text (2010), 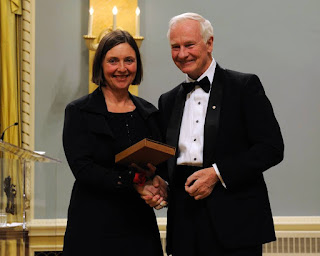 the Moonbeam Award for innovative writing, the shortlist for the Forest of Reading White Pine Award (2011) and the White Raven award (2012).  It's a quick but intense read, and I've had some strong feedback from readers about how strongly they felt about the characters and the story.

Here are a few links to reviews and stories about the book: